It’s been a little over a year since my last post, so I figured I’d throw up a new post to update people on my continued progress. In short, my knees are awesome. I’ve spent A LOT of time strengthening my legs, and it has paid off in spades. I’m back to squatting over 300 pounds, and I’m able to play sports without favoring either knee. I haven’t fully regained my jumping ability from before my injuries -my vertical jump is about 2 inches less than before- but it’s not terribly important to me anymore. And I feel confident that I could regain those 2 inches with plyometric training if I really wanted to.

I could probably still do this, too, if I really wanted to…

I’m still playing pickup basketball and football here and there, but the important thing to me is that I’m back playing “competitive” baseball again. The quotation marks around “competitive” are due to the fact that I’m playing what’s known as “semi-professional” baseball. And the reason “semi-professional” is in quotes is because that term doesn’t mean anything. Semipro ball is for players who aren’t quite good enough to play professionally, but don’t want to resign themselves to playing softball just yet. The crowds are abysmally small, only consisting of players’ friends and family. Some teams have former professional players on them, but most of the guys who play are current and former college players like me. The games are competitive in the same way that a game of darts at the bar with your friends is competitive: The outcome isn’t really important, but nobody wants to look bad in front of their girlfriends, so you still do your best.

“Man, I really don’t give a shit about this. Can’t look like a loser in front of Becky, though..”

As I’ve said before, I’ve gained a newfound appreciation for my health as a result of my long recovery process. At some point during every game I play now, I take some time to really take in the moment and think about how fortunate I am to be able to be playing on that particular night. They say you don’t appreciate what you have until it’s gone, and that certainly seems to be the case with me. I’m lucky; I went through a lengthy, annoying, painful rehab process, and came out the other side relatively unscathed.

The one problem I’m having now is a bit of plantar fasciitis. This is one of those problems like Turf Toe that sounds wimpy, but in reality can be pretty debilitating; injuries that elicit sarcastic “waaaahhhs” and “boo-hoos” any time somebody talks about them.

“Broken tibia? Boo freakin’ hoo. Shut up and get back in there, you big baby.”

Plantar fasciitis is a pretty substantial pain in the ass, however. And I’m fairly certain that I’ve acquired it as a result of not stretching enough since I started playing sports again. It’s normal to lose some range of motion in your knee and ankle after major knee surgery. I didn’t spend nearly enough time improving my ankle mobility, and I’m paying the price now. I’ve started spending a lot of time foam rolling and stretching my calf muscles, and that seems to be helping, but i definitely would rather not be dealing with searing pain in the bottom of my foot every morning. If you’re currently rehabbing from knee surgery, don’t forget to work on your ankle and hip mobility. Since the hip, knee, and ankle are all connected, it stands to reason that problems with one will affect the other two. So make sure you spend time taking care of all 3, or you, too, might feel the pain of an injury that nobody takes seriously. 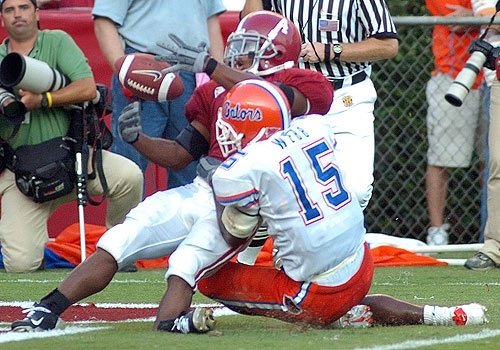 “Oh my God will you just SHUT UP about your stupid ankle injury already?!”